The picture of who will rule Bihar will be clear today. The counting of votes for the 243 Bihar Assembly seats has begun. While the grand alliance is seen ahead in the initial trend, the BJP seems to be emerging as the largest party in the NDA.

A huge crowd of supporters outside Tejaswi Yadav's residence

In Patna, a crowd of supporters can be seen outside the residence of RJD leader Tejaswi Yadav. As the vote count progresses, the trend towards a grand coalition is on the rise. 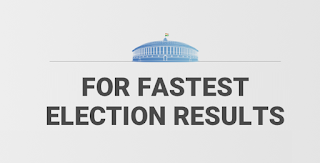 Majority to the grand coalition in the initial trend

The NDA happened behind the grand coalition

The counting of votes for the Bihar Assembly elections has begun. In the initial trend, the NDA is leading in 52 seats while the grand coalition is leading in 84 seats.

The camp and supporters of Nitish Kumar and Tejaswi Yadav are feeling uneasy over the outcome of the Bihar Assembly. The counting of votes will begin at 8:30 am and the initial trend will be around 9 am. The counting of ballot votes will begin first. The ballot will be counted for the first two hours. It will come up against the primary attitude towards which party the mood of the people is towards.

BJP leader Zafar Islam expressed confidence of victory. There will be a difference between the exit poll and the result. People have put their trust in the NDA government. Victory will surely belong to he NDA.

Ahead of the Bihar Assembly election results, JDU leader Sanjay Singh said in a statement that today is an important day for the state. We have full confidence in the public. Bihar will be ruled by JDU & BJP.

Before the counting of votes in Bihar, BJP leader Shahnawaz Hussain Claimed that we would form an NDA government in Bihar. According to exit polls, the RJD, even if the Congress people are happy, the government will form the NDA led by Nitish Kumar.

Will Nithsh Kumar, who has been in power in Bihar for the last 15 years, make history again that RJD youth leader Tejaswi Yadav will win the trust of voters. In Bihar, 243 assembly seats have been polled in three election, which was the first assembly election in the country during the Coronation period.